TRINITY INSTITUTE
of Music & the Arts

TRINITY INSTITUTE OF MUSIC AND THE ARTS was founded by Elias Toscano in 2015 to develop a new kind of music and arts curriculum by analyzing the roots, history, and techniques utilized in music and other arts.

This curriculum, while firmly grounded in traditional studies, expands upon them by integrating modern theories of music, art, philosophy, and estethics, thereby providing pedagogy more suitable to the times we live in, as well as to the mediums available.

Elias Toscano has been a creative artist for over 5 decades. He began his musical career at the age of 3, studying the piano, classical percussion, jazz drumset, and composition simultaneously. Jazz drumming, his lifelong passion, led him to leave his native San Antonio for New York, Los Angeles and London, where he studied with legendary drummers Max Roach and Elvin Jones.

As a devout jazz musician and drummer, as well as an avid student of music history, Elias has explored the roots of rhythms both in jazz and in the pre-jazz cultures from which jazz came. "Much of the music of the Old World, going back to 800 BC in Spain and the Mediterranean,  is well-documented, but a case can be made for evidence going as far back as 1500 BC. Music of the Orient is represented in Russian music, as well, and the two streams blended in what is known as Eurasian music". according to Toscano. [Elias had occasion to study composition with the Russian  composers of the family Tcherepnin, whose fathers were students of Rimsky-Korsakov (Scheherezade, 1000 and 1 Nights)] . "The mathematics of music does not change and in Eurasian music, East truly meets West. The parallels in jazz and its use of “blues” notes are strikingly familiar, as are the powerful syncopations of both. Perhaps some of the Old Testament celebratory psalms and laments were accompanied by such music, stemming from the very cradle of civilization and migrating across the globe.  Music is the universal language, but none more than jazz, owing to it's highly improvisational orientation."

In particular, Elias uses George Russell's Lydian Chromatic Concept of Tonal Organization, wherein exists a comprehensive enough theory to contain the broadest spectrum for the development of jazz harmony and melodic concepts. Russell's Concept, in conjunction with Elias' knowledge of rhythm, creates a complete system of musical composition and jazz expression. Currently, Elias is completing a book/workbook which outlines all of these ideas and a system for teaching them.

"Music is in Elias Toscano's blood. It's like the rhythmic beat of a heart. From a young age, he understood the value of it in his own life and it's a gift he likes to pass on. What music instills iin young students of all abilities, Toscano says, is universal... "you have to be disciplined to learn an intstrument.... it builds something beyond a work ethic because it's an art, not a science."  Shawn Price, Parenting OC Magazine, April 2019 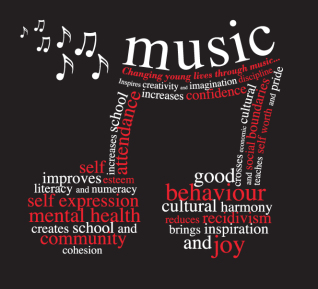